The Union Budget sent mixed signals to the tens of thousands of farmers who have been protesting on Delhi’s borders for the last two months, and the wider agricultural community.

On the one hand, the budget allocation for the Department of Agriculture, Cooperation and Farmers Welfare was slashed 8.5% in 2021-22. The flagship PM-KISAN scheme, meant to provide income support to farmers, saw a 13% drop in its budget, which is ₹10,000 crore lower than last year’s initial allocation.

Protesting farm unions are demanding a repeal of the three agrarian reform laws that they fear will lead to the collapse of the APMCs and weaken the system of government procurement at MSP rates, leaving small farmers at the mercy of corporate players.

This Budget should clear all doubts with regard to the three laws, Agriculture Minister Narendra Singh Tomar said in a statement which spelt out Ms. Sitharaman’s message to farmers. “In this Budget, the government has made a provision to empower APMC mandis along with its commitment to MSP. Originally, these were the two main doubts regarding the agricultural bills,” he said, adding that he hoped farm unions would now consider the laws positively.

The AIF was created last year, as part of a COVID-19 stimulus package, to provide subsidised financing to projects by primary agriculture cooperative societies, farmer producer organisations, agriculture entrepreneurs and start-ups to develop cold chain storage and other post-harvest management infrastructure. Now Ms. Sitharaman has announced that APMCs will also be able to access these funds.

“It can be seen as a sign of support to the APMC system. If they are making APMCs eligible to borrow from this fund, and thus strengthen their infrastructure, the government seems to be sending a message that they are not going to be killed,” said Siraj Hussain, former Agriculture Secretary and currently a fellow at the Indian Council for Research on International Economic Relations. “On the whole, this seems like an interim budget for agriculture. There are no major announcements. The government will wait for a settlement with [protesting] farmers before announcing anything concrete,” he added.

Unlike in recent years, when agriculture announcements hogged top billing in Budget speeches, Ms. Sitharaman only touched on the sector after the first hour of her speech on Monday.

She also announced an Agriculture Infrastructure Development Cess to be levied on petrol, diesel, gold and other imports, to improve facilities for production, conservation and processing of farm produce and thus “ensure enhanced remuneration for our farmers”.

Operation Green Scheme to boost value addition of tomatoes, onions and potatoes is being expanded to cover 22 perishable crops. A Rural Infrastructure Fund allocation is being hiked from ₹30,000 crore to ₹40,000 crore. The Micro Irrigation Fund’s corpus is being doubled to ₹10,000 crore.

However, farm advocates were not impressed, noting that schemes to provide a remunerative price for farm produce, such as PM AASHA and the Price Support Scheme have seen budget cuts of 20-25%. PM KISAN, which gives each landowning farm family ₹6,000 of annual income support, has reduced its budget to match last year’s revised estimates which reached 9 crore households, rather than trying to reach out to its original target of 14.5 crore households.

“We had also demanded that the real cultivators including tenant farmers, sharecroppers, women farmers and adivasi farmers, who may not have the land patta, should be included in this scheme,” said Kavitha Kuruganti, a leader of the Mahila Kisan Adhikaar Manch who has been part of the negotiating team for the protesting unions.

With regard to the AIF, Kiran Vissa, a Telangana-based leader of the Rythu Swarajya Vedika, said, “If you introduce laws to weaken the APMC system, then what is the point of giving APMC mandis access to an Agriculture Infrastructure Fund.”

Jai Kisan Andolan convenor Avik Saha said, “According to the Economic Survey data, nothing has yet been spent out of the Agriculture Infrastructure Fund of ₹1 lakh crore or the Animal Husbandry Infrastructure Fund of ₹15,000 crore, although they were supposed to have been part of the COVID-19 stimulus package.” Out of the ₹1 lakh crore, only loans worth ₹2,991 crore received “in principle sanction” as of mid-January 2021.

“While big figures are announced in the name of the infrastructure funds, these are actually not budget allocations, but simply notional funds which are meant to finance projects through loans,” he added.

“Infrastructure fund increases are welcome, but the real catch here is delivery. It’s a credit plus subsidy game. The question is whether there will be enough takers on the credit side, and that depends on whether sufficient revenue models exist to ensure that borrowers can earn money from their godowns and warehouses,” he said. He welcomed the cess for agri infrastructure, noting that just the act of reserving money for this purpose in a separate account could enthuse investors.

Can Myanmar return to democracy? 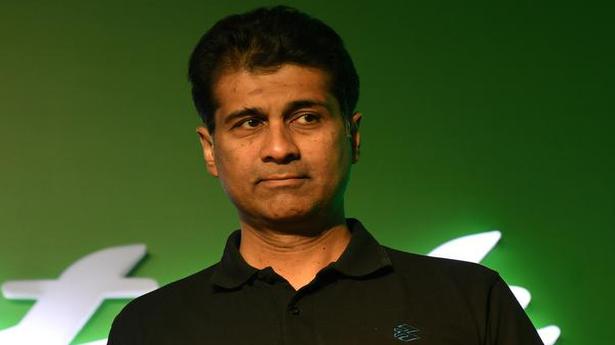 We must continue trade with China: Rajiv Bajaj 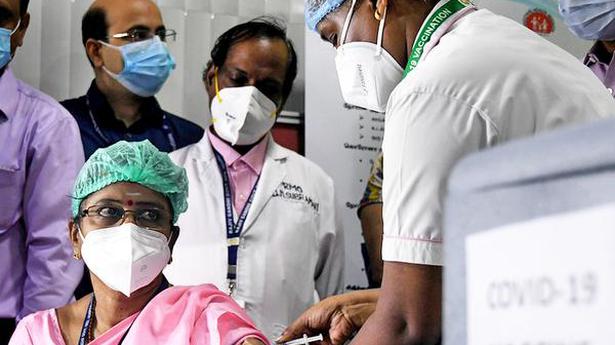