The Syrian Health Ministry has only confirmed 112 Covid-19 deaths in the country since March, with a total of 2,765 cases in regime-held areas.

Just in the last three weeks, the official number of cases has doubled but, according to health workers in Syrian regime-held areas, the figures do not begin to reflect the real scale of the outbreak.

CNN spoke to three doctors in Damascus and Aleppo on the condition of anonymity, for fear of retribution from a government that tightly controls information.

According to all three doctors, the number of cases exploded at the end of July. One doctor in Aleppo said his hospital went from receiving four to five suspected Covid-19 cases in April to being swamped with 90-100 patients daily at the end of July and early August.

CNN contacted the Syrian ministry of health with a list of questions about the ongoing Covid-19 crisis in the country but has not received a response.

With serious equipment shortages, doctors say they are scrambling to save lives. Doctors in Damascus described recent scenes of panic with health workers making frantic calls to try to secure beds with ventilators for their patients. The struggle has been compounded by a lack of protective equipment for medical professionals.

“Patients are literally waiting for other patients to die so they can be on a ventilator with people using contacts to pressure hospitals to move their loved ones up on the ventilator waiting list,” an Aleppo doctor using the name Ihsan told CNN.

“In all of this pandemic the hospital gave me only six N95 masks and I am sometimes working for 14 hours straight,” Dr. Ihsan said. Some doctors and nurses are not even wearing masks in his hospital. “I see that daily and I have to say this is completely the fault of hospital management for not providing (masks); don’t expect staff to buy $60 masks when they make about $35 a month,” he said.

In Damascus, another doctor, who called himself Abd, said he was forced to sterilize his own disposable mask, and only following a social media campaign did some medical companies step in to provide additional supplies.

The lack of protective equipment has meant the country’s medical system — already drained by years of civil war — is losing doctors and healthcare staff to the virus.

While there has been no confirmation of the total number of deaths of health care workers since the start of the pandemic, a list with the names of 61 medical professionals who have reportedly died has been circulating on pro-government sites.

A senior Damascus health official confirmed some of the names on the list, but he could not confirm the total number of deaths.

There is a “loss of lives among the best doctors and nurses in Syria due to coronavirus,” Dr. Shadi al-Najjar, the director of the Damascus Health Department told pro-government Sham FM. One doctor in Aleppo who spoke to CNN also confirmed the names of five doctors on the list.

“They forced us to work the entire week and expose the crew to danger, and the doctors, in this case, also became virus transmitters to others,” another medic, who asked to be called Dr. Ahmad, told CNN.

Officially, at least 76 health workers have tested positive for coronavirus as of August 21 — according to ministry of health figures. That is nearly 4% of all test-confirmed cases.

“This highlights the particular risks faced by health care workers; and underscores — given Syria’s fragile healthcare system with already insufficient numbers of qualified health care personnel — the potential for its overstretched health care capacity to be further compromised,” the UN Office for the Coordination of Humanitarian Affairs, and the World Health Organization said in an August 24 report.

The emotional impact of the crisis has been devastating for the country’s health care workers who say they feel powerless and helpless as they watch patients, sometimes their own family members, die.

Dr. Abd recalled the most shocking experience after he witnessed four colleagues in his hospital unable to save the lives of their own fathers.

“The worst feeling is the feeling of helplessness and inability to help,” said Dr. Abd.

“This made me feel concerned about my family, as a doctor who is in direct touch with corona cases every day. I could bring this back to them. Many doctors sent their families outside Damascus,” he said.

For supporters of the regime like Al-Najjar, from the Damascus Health Department, the low official case count is due to a lack of testing capacity, not a concerted effort to hide the numbers. “We are suffering from shortage of PCR testing kits … there is no capacity to do major testing,” he said in an interview with Sham FM.

But even some vocal supporters of the regime like Dr. Bassam Zwan, a London-based Syrian doctor who is a frequent guest on Syrian government media, are critical of the Syrian health authorities’ handling of the pandemic. Zwan warned that concealing the true extent of the spread of the virus is “dangerous.”

“We should announce that we have a high number, we should not hide the real numbers … even if they have not been diagnosed, because we should be sounding the alarm, we would be placing the responsibility on international organizations. It is not something to be ashamed of, this is a pandemic that is spreading,” Zwan said in a video message last month.

The World Health Organization (WHO) says Syria poses a challenging operating environment for mitigating the impact of the pandemic. Syria’s testing capacity, for example, is low although the country has made considerable headway since the outbreak. Current testing capacity is around 500 tests per day with plans to increase to 3,000 daily, according to WHO.

The virus has hit Syria at a time when the country is already on its knees after more than nine years of civil war, facing an economic crisis and the harshest US sanctions to date. Its currency, the Lira, has lost much of its value in recent months and with rising unemployment and inflation, most of the population can no longer afford basic goods.

“Syria is in its 10th year of complex emergency with four concurrent crises affecting the capacity of the country and its health system to cope with the effects of the pandemic,” WHO said.

The socio-economic impact of the pandemic is compounded by the overall emergency context created by years of conflict, the financial crisis in Lebanon, and international sanctions, “which despite having exemptions for humanitarian aid are greatly affecting the relief operations,” according to WHO.

The governments initially imposed a brief lockdown but faced with unprecedented economic pressure and a large part of its population depending on daily wages, the country reopened for business.

The government has been promoting mask wearing and social distancing in awareness campaigns but so far enforcement and adherence has been low.

There is still time to flatten the curve and prevent a complete collapse of the health sector through more testing, effective contact tracing and raising more awareness, according to the United Nations.

“It is absolutely not too late to take action that can at least mitigate the spread of COVID-19 in Syria” Imran Riza, UN Resident and Humanitarian Coordinator for Syria told CNN.

But for Syrians like Diaa, it feels like death lurks around every corner. “There isn’t a single street in Aleppo that doesn’t have several houses with multiple coronavirus cases,” the 31-year-old who asked to be identified only as Diaa for fear of government retribution told CNN.

Diaa’s sister began showing Covid-19 symptoms earlier this month, but she was turned away by the hospital. When her family asked for a test, hospital staff told them she would have to travel to Damascus.

Since then the Syrian government has said they have opened up new facilities in cities outside the capital and will allow private laboratories to ramp up testing but time is running out.

CORRECTION: An earlier version of this story’s byline had an incorrect transliteration of Omar Almuqdad’s name. It has since been corrected.

Weight loss: Thinking about starting yoga at home? This is the right way | The Times of India 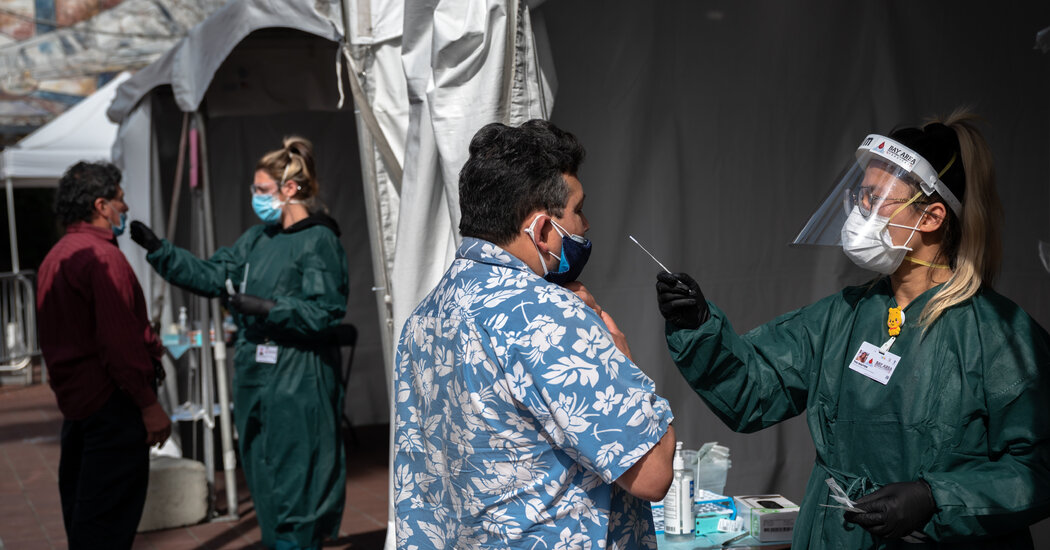 As states loosen restrictions and variants spread, Fauci warns that the U.S. could be headed for yet another virus spike.

Protests in Lebanon as caretaker PM threatens to stop work