As rents fall and upscale international locations open up, restaurateurs are looking outside — regional menus and experimental flavours at the ready

Oxford Street bears a deserted look in the London lockdown. Many top retailers have shut, including Debenhams, which announced the closure of its flagship store last week. But despite the dire pronouncements that central London will never be the same again, at least one glitzy opening is being planned in the coming months. And it will be Indian.

As soon as the lockdown lifts, restaurateur Anjan Chatterjee is hopeful of opening the doors to his ambitious Bengali restaurant, Chourangi, on Oxford Street. It has been ready since last April. “Then the pandemic happened. Now we are planning to open in June,” he says.

Chourangi has been a project close to his heart for many years. “I was one of the first people to start a regional Indian restaurant chain and go beyond restaurantised Punjabi flavours [before regional Indian food became trendy]. Even with Only Fish, my first restaurant in 1992, I wanted to give people food that I am really passionate about,” says the veteran restaurateur, who went on to open Mainland China and Oh Calcutta. “For some years now, I have felt London is ready for different Indian cuisines such as traditional Bengali,” he adds.

Though Chatterjee has Mainland China outlets in several locations internationally, Chourangi is possibly his biggest project yet. The Bengali flavours are authentic, despite minor tweaks for London sensibilities. “I am not aiming for a Michelin Star, but if we get it, it will be fulfilling,” he says candidly.

Chourangi is not the only ambitious Indian restaurant hoping to make a mark internationally in 2021. While most dining capitals of the world are likely to take a hit, a handful of Indian restaurateurs and investors seem to be capitalising on the opportunity that the post-pandemic foodscape presents.

Next week, Windmill Craftworks, the Bengaluru microbrewery, is opening an outpost in Dallas. The plan is ambitious — not just to introduce Indian craft beer into a mature market like the US but also within a huge 450-cover restaurant. Chef Mandaar Sukhtankar, who oversees F&B for the group and has been instrumental in putting together sister restaurant Oota in Bengaluru, says he is planning to introduce a few classics such as Kerala beef fry and fish moilee, as well as weekend brunches focussing on different types of dosas to go with the beer.

Then there’s Lite Bite Foods, one of India’s biggest restaurant companies promoted by Dabur’s Amit Burman, which is planning to take its popular Punjab Grill to Riyadh and Dubai. “We feel there is a lot of potential for upscale Indian food in the Middle East, where the average per cover [APC] is much higher than in India,” says Rohit Aggarwal, director Lite Bite Foods.

2021 is an opportune time to scout for upscale international locations, he says, particularly in hotels because many are looking to augment revenues by leasing out space on a profit sharing basis. Aggarwal also points out that for Indian companies that can afford to open outlets in these luxury spaces (an 80-100 cover upscale restaurant in a prime location costs approx ₹5-₹7 crore to set up, while it takes about ₹2.5 crore in Delhi or Mumbai), this is a good opportunity given that revenue from international operations is about 2.5 to 3 times that in India.

With rents in Europe plummeting, other hospitality companies are looking to leverage this too. Ankur Bhatia of The Bird Group, whose Roseate hotels are present in Delhi, Rishikesh and London among others, wants to grow his restaurant brands as independent outlets. “Kheer, our restaurant at the Roseate New Delhi, can do well in London, so I will be looking for locations there,” he says.

However, on the flip side, Chennai’s serial restaurateur M Mahadevan, who at one time was involved in running 276 eateries worldwide, says he prefers to be cautious right now. He is not planning any international ventures this year and feels that with a full global recovery still a question mark, resources must be conserved.

One of the ‘perks’ of 2020 has been the sudden availability of top talent in the food and beverages space. Many of them have turned entrepreneurs, or found investors, taking a chance on new formats and foods. Mumbai restaurateur Abhayraj Singh Kohli, who owns brands like the Roll Company, has just opened Tori, a luxury diner in Bandra, where Latin American meets Asian flavours, helmed by ex-Nobu chef Thomas Pongsak Catley. What prompted Kohli to open is not just that the space became available at a viable price (rents in many parts of Mumbai are down by 30% to 40%, he says), but that the “cream of the crop… quality staff became available”.

Kohli had reached out to chef Catley, hoping that the consultant chef would send someone from his team to set up the Mumbai restaurant. But as other global projects got deferred, Catley himself decided to come down (he will continue to make frequent periodic visits to oversee operations). “To run a restaurant of this kind, you need top professionals at all levels. They were not easy to find before the pandemic at fair salaries; now this talent is available,” adds Kohli.

In Delhi, chef Megha Kohli (not related to the Mumbai restaurateur) found herself out of a restaurant, after 13 years of working non-stop. While the first few weeks of lockdown were a breeze, once she saw colleagues and friends going back to work, she “felt isolated, out of place and may be jealous… all I wanted was to be back in my kitchen”. She is now all set to open a pan-Indian restaurant, partnering with Singapore-based businessman and artist, Vir Kotak. The research into regional cuisines that she did through the pandemic is coming in handy: on the menu are lesser-known dishes such as Makuti, a chana dal, phirni-style dessert that is a staple at Bihari Muslim weddings. The restaurant will have an Indian grills section plus a bar focussed on classic cocktails and Indie alcohol. It is to come up in March-April.

Another chef who has found a new calling is Sahil Singh, formerly of Papaya, who is helming a 10-brand delivery kitchen in Gurugram, with investment by businessman Bhupender Nath, whose restaurants in Dubai include the famous Tres Ind. Nath tells me that he’d agreed to fund the venture even without meeting the chef because he found him to be passionate. “Only recently did I meet Sahil on Zoom, when we are about to roll out. I am a businessman and deliveries are the new growing business, so I thought this was the right moment to invest in this space,” he adds.

Meanwhile, Indian metros are already seeing some big-format openings, contrary to expectations. Massive Restaurants has opened Bo-Tai Switch at Shangri La’s Eros Hotel in Delhi and Bo-Tai Bengaluru at The JW Marriot in the last few months, along with Swan in Delhi and +94 Bombay in Mumbai. They are planning to open a new Masala Library in Bengaluru soon. Managing director Zorawar Kalra admits the focus is on premier hotel locations, rents permitting, as these are “well equipped and presentable retail areas that offer the right ambience…” though unit economics are important too.

It is a tightrope that all marquee openings this year will have to walk. That they are willing to, spells deliciousness in the months ahead.

From Sea Shanty TikTok to a record deal 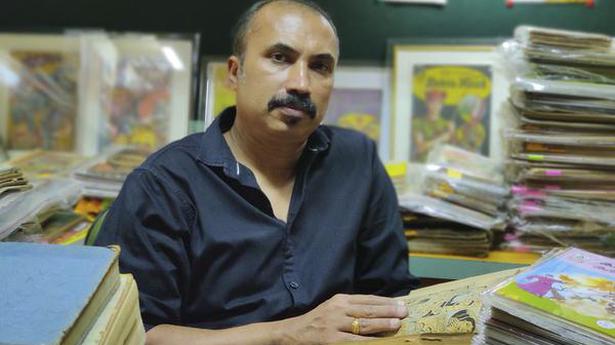 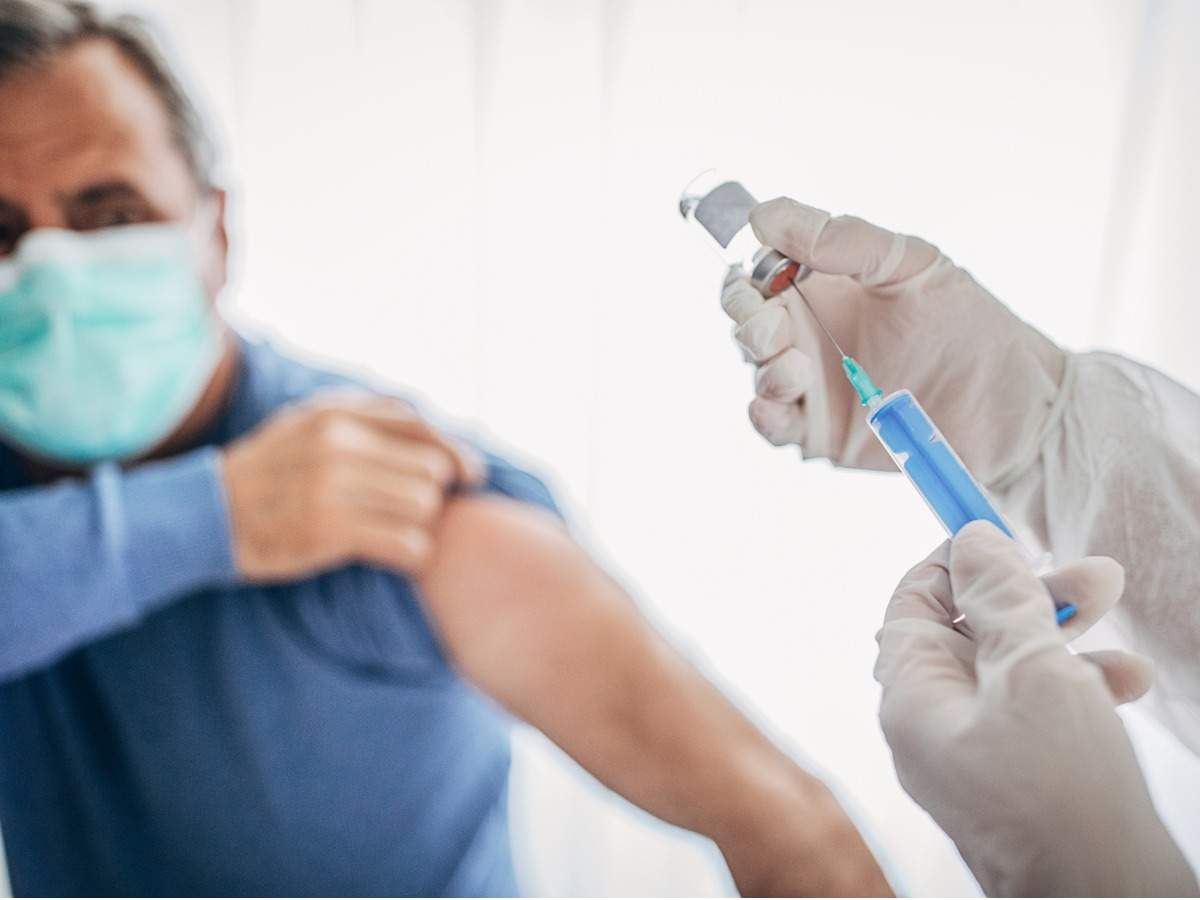 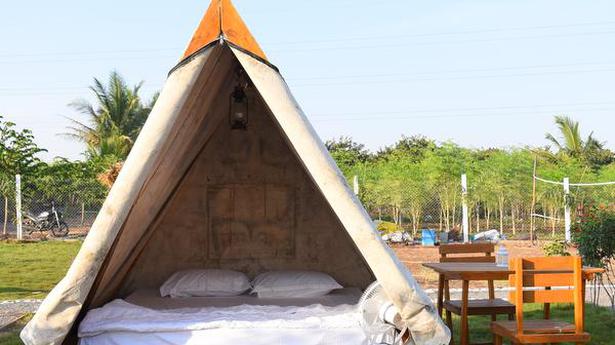