GameStop shares sank early on Thursday as trading platforms including Robinhood and Interactive Brokers restricted trading in the video game retailer along with AMC Entertainment and other stocks that soared this week in a social media-driven trading frenzy that shook stock markets.

GameStop, the video game chain whose 1,700 per cent rally has been at the heart of the slug fest in the past week, lost half its value in early trading. The stock had rallied initially, then retreated, while American Airlines joined the growing list of stocks making stellar gains as small-time traders and major Wall Street institutions broadened their battle.

On Reddit thread WallStreetBets, where calls to buy stocks have helped drive the extraordinary moves, some of its more than four million members reported trading platform Robinhood was now preventing investors from buying GameStop and other volatile stocks.

Robinhood cited “recent volatility” in a statement on its website. It said restricted stocks also included BlackBerry, Koss and Express.

Interactive Brokers, another online trading platform, also said it was restricting trading in those stocks.

“We do not believe this situation will subside until the exchanges and regulators halt or put certain symbols into liquidation only,” Interactive Brokers said.

On Twitter, many observers decried the decision to remove certain stocks, arguing the retail trading platforms were trying to protect Wall Street interests at the expense of Main Street.

“Robin Hood: a parable about stealing from the rich to give to the poor. Robinhood: an app about protecting the rich from being short squeezed by the poor,” Tweeted Jake Chervinsky, a lawyer for fintech company Compound.

The universe of social-media driven stocks expanded, however. Shares in American Airlines soared 16 per cent.

“GameStop 2.0! I do think that some of it is related to short-sellers and those that are looking at some of these short-term opportunities to push stocks around,” said Paul Nolte, portfolio manager at Kingsview Asset Management in Chicago.

The ‘Reddit crowd,’ with its use of call options and coordinated buying, has had a direct impact on the overall stock market. A basket of stocks traded mostly by hedge funds has fallen 2.5 per cent so far this year, while a basket tracking retail favourites jumped 13.5 per cent, data from Goldman Sachs showed.

GameStop briefly became the biggest stock on the Russell 2000 index of small caps, according to Zerohedge.

The dramatic jumps in the stock price of companies including GameStop, BlackBerry Ltd and AMC drew more calls for regulatory scrutiny.

“In terms of short interest being monitored, the US markets are probably the most transparent, but there’s always room for improvement,” former SEC chairman Jay Clayton told CNBC.

Silver industry shares also caught traders’ attention. Canada’s First Majestic Silver was halted briefly in New York after shares rose more than 30 per cent. The company said it was not aware of any material or undisclosed information. Miner Fortuna Silver Mines rose 20 per cent while London-listed Fresnillo Plc jumped as much as 10 per cent.

Heavily shorted stocks were also active in Australia and Europe.

On Wednesday, the short squeeze — where a rising stock price forces traders to abandon loss-making “short” bets that it will decline — fueled a 2 per cent slide in New York’s S&P 500 as investors sold other assets to cover their losses. US equity markets rebounded more than 1 per cent in early Thursday trading.

Short-sellers are sitting on estimated losses of $71 billion from their positions in US companies this year, data from analytics firm Ortex showed. As of Wednesday, there were loss-making short positions on more than 5,000 US firms.

In one Reddit discussion, thousands of participants responded “We love this stock” to a post that called for more buying of GameStop and cast retail traders as Iron Man against a hedge fund Thanos in a nod to superhero movie “Avengers: Endgame”.

The war began last week when hedge fund short-seller Andrew Left of Citron Capital bet against GameStop and was met with a barrage of retail traders betting the other way. He said on Wednesday he had abandoned the bet.

Long derided by market professionals as “dumb money,” the pack of traders, some of them former bankers working for themselves, has become an increasingly powerful force worth 20 per cent of equity orders last year, data from Swiss bank UBS showed.

The constant march upward of stock markets over the past decade, fuelled by a constant flow of newly-created money from major central banks, has also made it less risky to bet on shares rising.

The US Federal Reserve kept those taps firmly open at its latest meeting on Wednesday.

This w’eek’s turmoil caught the attention of the White House, with President Joe Biden’s economic team — including Treasury Secretary Janet Yellen on her first full day on the job on Wednesday — “monitoring the situation”.

Massachusetts state regulator William Galvin called on NYSE to suspend trading in GameStop for 30 days to allow a cooling-off period.

“The prospect of intervention here is clearly high, but this will just galvanise the (WallStreetBets) community as it just brings home the feeling of inequality in financial markets,” said Chris Weston, head of research at broker Pepperstone in Melbourne.

“It’s fine to prop up zombie companies through Fed actions but if retail follows a path that greatly distorts asset prices by targetting short sellers, then this gets shut down.”

UP DELED semester results 2018 released, here’s how to check 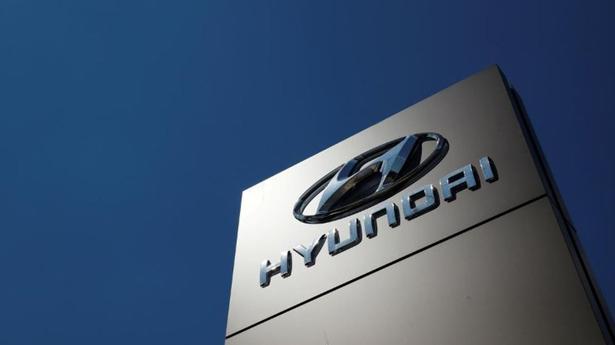