The government is also likely to project a tax revenue increase of 18-20 per cent.

Ruling Bharatiya Janata Party (BJP) has promised a game-changing budget to revive the pandemic-hit economy, but a mountain of debt may force the finance minister to make tough choices when she delivers the package on Monday.

Finance Minister Nirmala Sitharaman is likely to increase spending by more than 15 per cent year-on-year in 2021-22 with an emphasis on infrastructure and healthcare, say senior officials and advisers involved in budget preparation, as she looks to reinvigorate an economy projected to contract 7.7 per cent in the current fiscal year.

But the officials, who asked not to be named as the budget discussions were private, said major subsidy programmes such as for food, fertiliser and fuel would likely be partly funded through off-budget borrowing by state-owned firms.

The sources said the government was also likely to project a tax revenue increase of 18-20 per cent, aided by the lower base of the current year and an expected economic turnaround.

On Thursday, Gopal Krishna Agarwal, a BJP spokesman, said the budget would be a “game-changer.”

“We’re working towards a resurgent India and Aatmanirbhar Bharat,” Agarwal told media, using Prime Minister Narendra Modi’s term for his push for India to be self-reliant.

To mop up additional revenue and to support Hindu nationalist Modi’s self-sufficiency drive, the government is likely to hike import duties on a number of high-end goods in a bid to raise more than Rs 210 billion in revenue.

Industry body, the Confederation of Indian Industry (CII) on Sunday said it has urged the government to consider creation of multiple bad banks to address the adverse impact of non-performing assets (NPAs) accumulated by public sector banks in the recent past, that got further accentuated during the pandemic. The CII in its pre-budget memorandum recommended that the government consider enabling Foreign Portfolio Investors (FPIs) and Alternative Investment Funds (AIFs) to purchase NPAs.

Industry body Confederation of Indian Industry (CII) on Sunday said it has urged the government to consider creation of multiple bad banks to address the adverse impact of non-performing assets (NPAs) accumulated by public sector banks in the recent past, that got further accentuated during the pandemic.

Corporates and industry chambers expect the finance minister to unveil some tax relief measures for pandemic-hit sectors such as real estate, aviation, tourism and autos.

And analysts say the government would also have to consider providing tax relief to small businesses and consumers to boost consumer sentiment and revive economic growth.

But, with the economic contraction likely pushing India’s fiscal deficit for the current financial year ending in March to more than 7 per cent of gross domestic product — double the government’s initial estimate of 3.5 per cent — analysts believe this may be quite challenging.

“The government will be operating on a tightrope with the need for higher counter-cyclical spending balancing demands for prudence,” JPMorgan’s Sanjay Mookim said.

New Delhi is likely to rely heavily on privatization of state-run firms and sales of minority stakes in large companies such as Life Insurance Corp to fund its expenditure programme.

Sitharaman is also expected to announce plans to fix the recurring problems in the banking sector, including the creation of a new infrastructure development bank and a “bad bank,” say officials.

A state “bad bank” would look to unburden banks of toxic assets to spur fresh lending, and an infrastructure development bank would be conducive to lending towards projects with long gestation without the asset-liability mismatch that a commercial bank often faces, officials said.

The government is also likely to announce Rs 200-250 billion of capital infusion into banks, officials said.

Madhuri Dixit looks like a ray of sunshine in this bright yellow ensemble and fans can't stop gushing over it! - Times of India

Needles are nothing to fear: 5 steps to make vaccinations easier on your kids 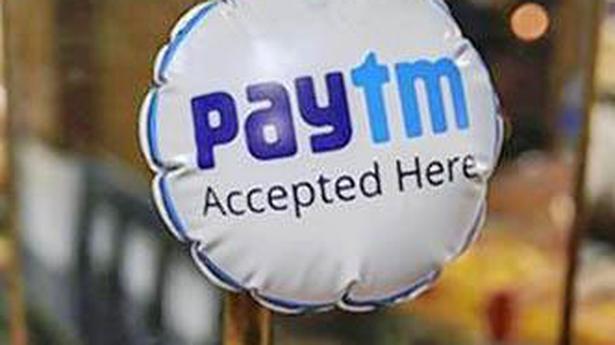 Rise in the number of women investors since pandemic began: Elearnmarkets