You have been a value investor for a very long time and manage about $50 billion. How are you analysing the current market environment on a risk reward basis?
The US market has been a very bimodal market where you have had some high growth stocks that have performed incredibly well. They have seen their PE ratios go from maybe 25-30 times earnings up to now 75 to 100 times earnings and that has been the part of the market the public has been really excited about. It is not really what we are invested in at Oakmark Funds.

We are invested in more traditional businesses, banks, consumer non-durables, industrial companies and those stocks still have multiples that are barely into the double digits. Some of the banks are still selling at high single digit PEs and a lot of companies are selling at multiples in the teens. We think that part of the market is very attractive not only on a relative basis compared to interest rates but also on an absolute basis that we think we will earn good returns relative to inflation with the portfolio of those stocks at low PE multiples.

You have been a value investor for over three decades. How are you seeing the value versus growth argument right now and what will be the best way to really approach this market? Where will the big money be made?
This is one of those times when it is much easier to find value stocks than to find people who want to be invested with value investors. The situation reminds me a lot of the very late 1990s when the internet names and the very large growth companies in the United States performed exceptionally well. They drove the S&P500 to record levels. The traditional businesses that we would normally call value stocks did not perform well. They did not lose money but they just were not going up like the rest of the market was and that set the stage for the internet bubble collapse, the Nasdaq falling from 5000 down to under a 1000.

Probably S&P and Nasdaq were going down, the traditional companies that we own continued to go up and they continued to have good absolute returns but finally their returns were good on a relative basis. We think something like that could potentially repeat in the United States over the next five to ten years where the stocks that have very low multiples today rise to teens to twenty multiples and those that have very high multiples come back down to more reasonable levels.

The US markets have seen unprecedented rally mainly backed by the FAANG stocks. What are you making of this big rally where money seems to be getting concentrated towards technology stocks in US as if no other category or stocks exists?
A lot of the technology equipment companies that sell at PE multiples from 50 to a 100 times earnings are very expensive relative to their underlying fundamental value. I find it funny when people call Netflix a technology company. We think it is a media company. We analyse it the same way we analyse cable TV companies.

When Oakmark Fund first started in the early 1990s, cable TV companies lost money. They had negative book value per share but we saw an active private market where other companies wanted to buy cable subscribers at about $1000 a subscriber. We figured out that math made sense based on the cash flow that the companies generated, the depreciation they were charging.

The customer acquisition cost made GAAP income turn negative even though the company was adding substantial value. When we saw AT&T purchase Time Warner, we think AT&T had an implied value for HBO that was a little over $1000 a subscriber. That came to like low teens multiples. So, economically it made sense to buy a mature video company at $1000 a subscriber.

Netflix spends much more on programming than HBO does. We think the idea that a Netflix subscriber is worth $1,000 also makes sense and if in very broad terms, Netflix has a market capitalisation of something around $200 billion, they add something like 25 million subscribers a year.

If those subscribers are worth $1,000 it is selling at about eight times the value that it is adding. So despite Netflix not earning much money today, it is very much still a value stock.

You have recently made comments that the traditional manner of valuing companies and stocks be it price to earnings, price to book etc may not really apply in entirety in the current environment. What did you mean by that and how one should one go about valuing stocks now?
We have all known that GAAP accounting is only an approximation of how much value a company is creating in a given year. You think of some of the expensives, they get expensed immediately under GAAP accounting. Things like advertising expenses. But the benefit might actually last for multiple years but the expense goes through the income statement in one year. That created the brand value that Buffett was early to capitalise on in the early 1980s and that started the move of value investors away from book value as the be all and end all. In a heavy asset business, GAAP accounting does a reasonably good job but when you start having important assets that you cannot touch and feel, GAAP accounting does not do so well.

We think there are a lot of companies today where whether it is customer acquisition cost or R&D expenditures, investing in a sales force ahead of the value that creates, a company like Alphabet investing in the other bets that are actually losing money and reducing their reported income. You have to make adjustments to GAAP income to get a better estimate of how much value a company is creating and alter the PE ratio a little bit. This is not all in the direction of making companies look cheaper. If you look at some of the consumer products companies, packaged goods companies that have dramatically cut back on their R&D and advertising, they are still getting the benefit of prior spending but now that expense is no longer going through the income statement.

So we think some of those companies are actually over reporting income today because GAAP accounting is allowing them to experience the benefits of their historical spend on R&D and advertising.

Your holding horizon is five to seven years and beyond. How do you spot companies which can outperform the frontline benchmarks over the long term?
At Oakmark, we are looking for three things. When we purchase a company, we try to estimate the business value and judge how much somebody could pay if they were buying the entire business and still earn an adequate return on their investment? Then, we will only purchase that stock if we can get at a significant discount to that number.

To develop our forecast for what a business is worth, we are looking at five to seven years. We have a much longer time horizon than the average investors do, especially in the United States. Today, when stock movements are based on stock splits or announcements of quarterly earnings, it does not matter much to us at Oakmark.

Unless it alters our estimate for a company, it will be worth five to seven years down the road. We look for companies that are growing their values at least as fast as the S&P 500 and then most importantly, we are looking for managements that are allying with the outside shareholders. We want them to think they are only doing their job if they are maximising the long term per share value of the companies.

When we interview the management teams that we are considering investing in and try to understand what motivates them and what types of goals they have set for themselves and their organisation and ask questions about how they intend to invest free cash flow, we want to make sure the entire focus is on maximising per share value.

There are a lot of companies that talk about growing the business, growing the scale of the company they manage. That obviously makes the CEO’s job more valuable but depending on how they do it, might not be a fit to shareholders. If you grow by making lots of acquisitions and overpaying for them, issuing stocks that were undervalued, you might actually decrease per share value by growing. We want to make sure that managements use the same types of measuring sticks that we do so that focus remains on growing per share value overtime.

There is a global phenomenon of first-time trader investors — be it Robinhood traders in the US or low cost brokerages in India — all are seeing a massive surge in new accounts. What would your observation and advice be to them?
Back when I was in school I became fascinated with the stock market and the analogy to gambling. The important difference is if you look at casino gambling or horse racing or sports gambling, there is no way to earn a positive expected return. The casino always wins, the race track always wins, the house always wins. But in the stock market, the expected return for the average investor is positive and the longer you stretch out your time horizon, the more important that advantage is and that is why we call it investing.

If you put your capital to work and have patience and you are invested in a growing global economy, you are likely to come out ahead of where you started. The problem with what we are seeing today is the kind of resurgence of day trading and this is again reminiscent of what we went through in 1998-1999 when the stock market was going up. It just looked so easy and you had people quitting their jobs because they were making so much money day trading. It did not end well, it never does. Anything other than basing investment decisions on long term business fundamentals eventually is destined to fail.

But the reason it is so popular right now is because most of the world does not have as much sports going on as they did pre-pandemic. So, sports gambling is not an outlet. You have got a lot of people working from home. They have more freedom with their time during the business day and they are looking at the stock market for entertainment value. We think that is dangerous. It has worked well for people since work from home started in March. The S&P is up 50% so almost anybody who has been doing this has been making money and the longer that goes on, the smarter they think they are but we think that one is becoming very dangerous.

Teachers’ Day 2020 Speech Ideas for Students: Here’s how to present your thoughts online 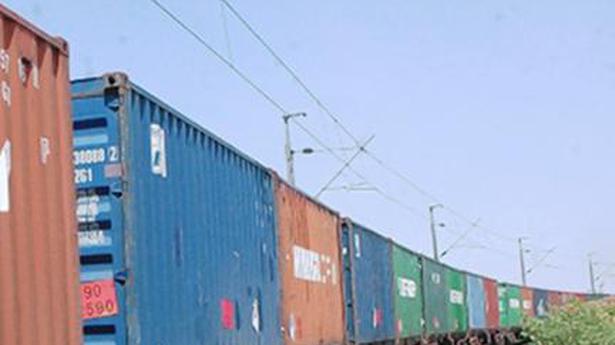 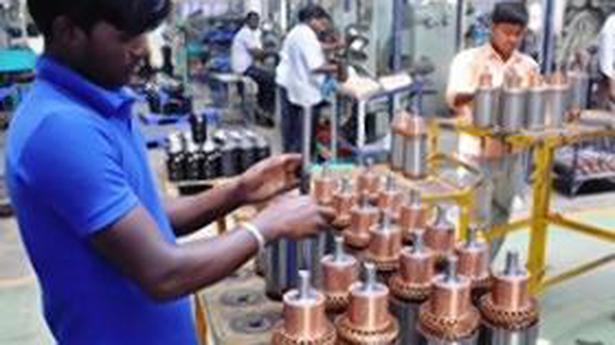