Asian stock markets recovered on Friday but are headed for their steepest weekly loss in months, as a liquidity squeeze in China and a Wall Street retail-trading frenzy has unnerved investors.

MSCI’s broadest index of Asia-Pacific shares outside Japan rose 0.9 per cent, but is headed for a weekly loss of more than 3 per cent, the sharpest such fall since September.

Japan’s Nikkei was steady but tracking toward its first weekly loss of 2021, having fallen 1.5 per cent since last Friday.

Safe-haven US Treasuries sold off overnight and the US dollar softened a fraction with a broader improvement in risk appetite, however S&P 500 futures fell 0.4 per cent in Asia trading.

“I’m definitely seeing the nerves,” said Chris Weston, head of research at Melbourne broker Pep perstone. “Asia seems a bit unconvinced,” he said. “There’s a knock-on effect that happens from targeting hedge funds, and this could have legs.”

Wall Street has been gripped by a coordinated assault on hedge-fund short positions by small traders organising overonline forums such as Reddit.

They lost some of their firepower overnight when brokers cutoff leverage and restricted trading in some of the hottest names such as GameStop and BlackBerry.

The boss of popular online broker Robinhood said the curbs were deployed to protect the brokerage and its customers and that some restrictions will lift on Friday.

The surge in volatility comes just as COVID-19 vaccine rollouts have run into a bit of trouble and as global economic data starts to look less rosy.

Investors were impressed by a smaller-than-expected rise in US weekly jobless claims overnight. But they still rose by more than 840,000 and data showed the US economy contracted at its sharpest pace since World War Two last year.

Vaccine production delays have also snowballed into a spat between the European Union and drugmakers over how best to direct the limited supplies which are available.

Meanwhile, in China, the central bank injected 100 billion yuan into the financial system on Friday after a week of sucking liquidity which had put investors on edge as to whether the supportive policy environment could be shifting.

The Hang Seng Index in Hong Kong opened 1 per cent higher and the Shanghai Composite rose 0.6 per cent, however both are on course for weekly losses of more than 2 per cent.

The Chinese yuan firmed slightly in offshore trade to6.4715 per dollar. The euro was steady at $1.2114 and the dollar index traded in a range it has held for most of the month, sat at 90.621.

The yield on benchmark ten-year US Treasuries rose overnight and held at 1.0585 per cent on Friday. Gold sat at$1,842 an ounce and oil prices were steady, with brent crude futures last up 0.1 per cent at $55.60 a barrel.

UP D.El.Ed 2018 Result for all semesters available at btcexam.in, here's direct link - Times of India 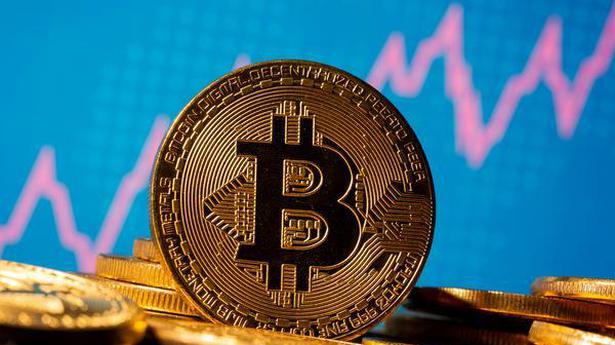